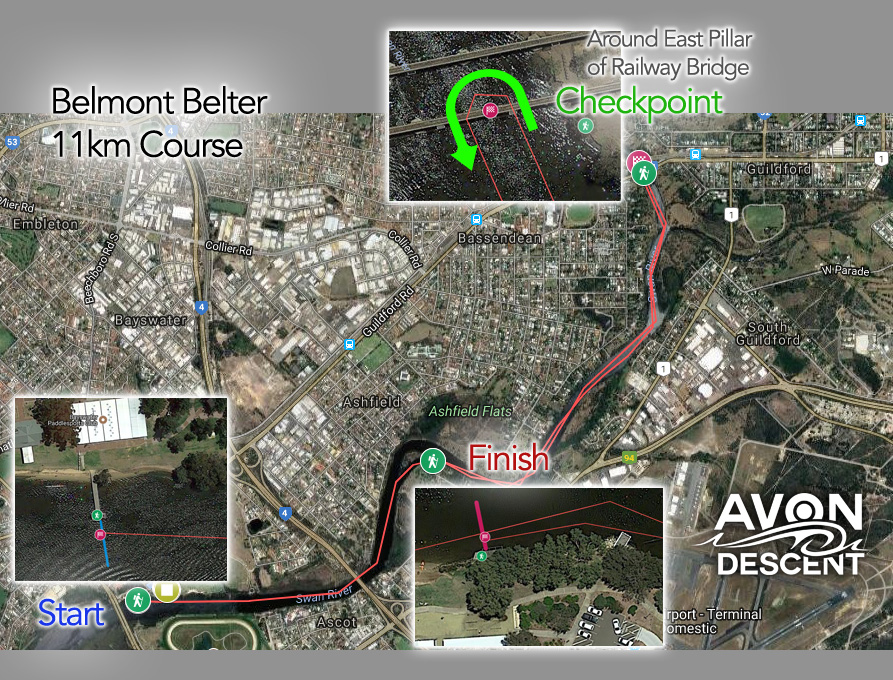 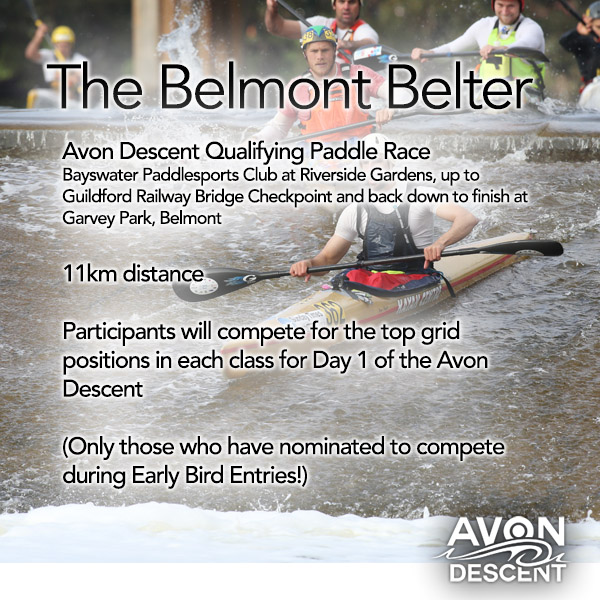 This Qualifier race pits the top competitors of the Avon Descent against one another in an 11km sprint to claim the top grids on Day 1 of this year’s Avon Descent.

Only entries submitted during Early Bird that nominate are able to compete in the race.

If you want to compete next year then get your entry in early!

Those competing in the Belmont Belter will proceed through a separate line at Scrutineering. Craft stickers will be provided on the day and will be attached to craft prior to their race. Race times will be based on your Avon Descent Race ID number. Without your stickers you will not be given a time and therefore will be ineligible for a place in the top grids.

The race will be a mass start beginning at the jetty at the Bayswater Paddlesports Club, where paddlers will race upriver past Garvey Park to the Guildford Railway Bridge checkpoint in the City of Swan. Competitors will approach and do a loop from right to left around the easternmost pillar of the railway bridge and will then head back downriver for a dramatic finish on the shores of Garvey Park in the City of Belmont.

Support crews may meet competitors at the finish line where winners will be announced, or once the presentation is complete, competitors may opt for a relaxed paddle back downriver to Riverside Gardens, Bayswater.

Remember Scrutineering on 23 of July in Bayswater is COMPULSORY for all entries (regional and interstate exempt). Those who do not have a valid reason for not to attending will be subject to a late scrutineering fee.

Good Luck in the Race!