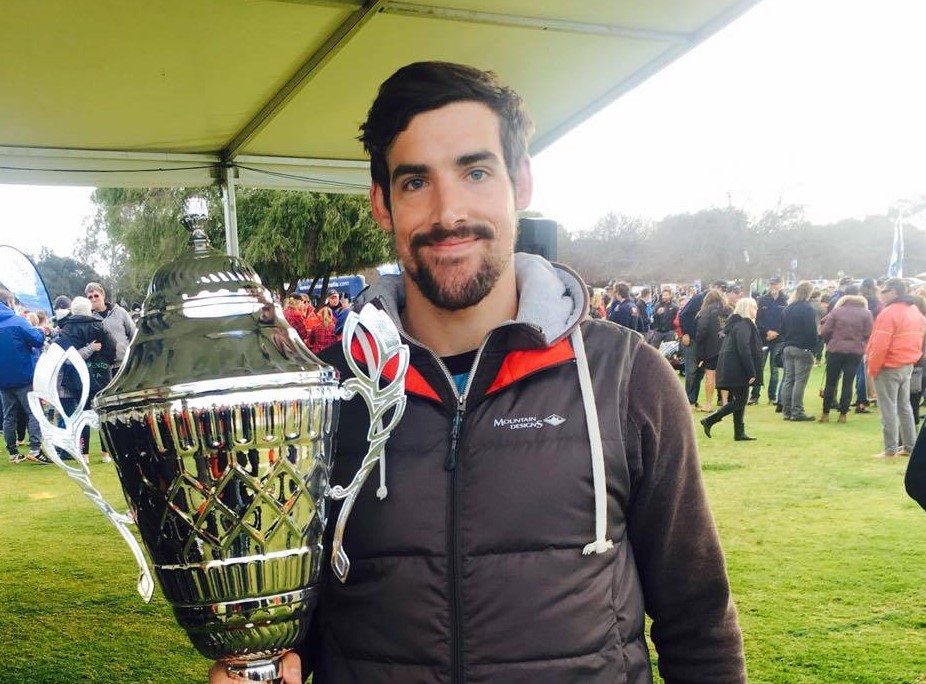 Josh Kippin – The Perth local who knows that only the sky is the limit!

“You sort of start thinking anything’s possible if you’ve got enough nerve” – this quote by J.K. Rowling is most pertinent to the success of the 26-year old Josh Kippin, from North Perth, who won last years’ single Kayak Marathon category in the Avon Descent.

Josh started kayaking in the year 2000 at Ascot Kayak Club. “After struggling to continue playing tennis due to growing pains in my legs, Mum and Dad got me involved in the kayak club. 17 years later I still love the sport and ironically compete in a part of the sport that has a significant amount of running involved! I’ve been very fortunate to travel the world and compete in all manner of paddle sports races.” says Josh.

Until now, Josh has completed six solo Avon Descents, but the most memorable was his first Avon. “My first one in 2010 was by far the toughest, it had one of the lowest water levels in the history of the Avon and being my first one I was thoroughly underprepared physically and mentally for the challenge. I finished, but it was definitely more character building than high performance!”

Although Josh developed skills to cope with the exigencies of white water race in his first Avon and the subsequent years, he faced the worst resilience in the year 2014.  “I was Day 1 winner ahead of South African, Lance Kime, but got a big hole in my boat at Syd’s rapids” (about 40km from the finish). I jumped out to empty my boat and try and make the leak as small as possible. I then chased him down for 3hrs by myself with a leaking boat. I came within 1 minute of the win, but that was about the toughest thing I’ve ever done”.

Josh is undoubtedly a national pride with an international fame and has accomplishments galore. “I am current (2016) National Open Marathon Champion in both Singles (K1) and Doubles (K2), I am placed 20th in the Men’s Open World Marathon Championships in Germany in 2016. I have been racing marathons for about 5 years now. Prior to that, I raced Slalom kayaking when I was 10, which is a whitewater based sport. Pinnacle achievement in slalom was a bronze medal in the 2009 youth Olympics”, Says Josh. In fact, he is contemplating to compete the Sella Descent in Spain this year.

Recently, Josh added two more trophies to his cabinet. He defended the 1st place in Singles as well as Doubles in the 2017 Australian Canoe Marathon Championship in Sydney on the second March weekend. Josh paddled alongside Brendan Rice, the runner-up at last year’s Avon Descent, in the K2 category and later this year they’re off to South Africa to represent Australia in the world championships.

According to Josh, newcomers do face many hurdles and constraints particularly in terms of experience and techniques,  but adopting a few measures could make things seamless. “There are two aspects to paddling an Avon, being able to handle the rapids and being able to handle the distance. My advice is to start getting gear and training setup early, from scratch a 4-month program would be a minimum to complete an Avon and have fun doing it.

For technique, invest in someone to teach you correct techniques or read books on how to do it, the good technique makes all the difference both in efficiency and injury prevention.

For experience, it is difficult to paddle the river at all water levels and you may get no rain prior to the race at all. Being fit and knowing how to paddle will help bridge this gap to some extent”, advises Josh.

Josh is very optimistic about the future of Avon Descent. However, he feels that involvement of international competitors is quintessential to regain the old glory and namesake,“Olympics of Western Australia”. “The primary glory of Avon Descent came from its international status and world class standard of its top competitors. Currently, there are a few local world class athletes racing the Avon, but to return the race to its former glory you need to attract international talent especially from South Africa, Hungary, etc., that will add weight to the race and to the results of locals”, says Josh.

Having said that, it will not be wrong to presume that Josh Kippin’s dauntless nerves could be the envy of many international sportsperson and inspiration for the newcomers and the spectators.

Entries for the Avon Descent open May 14th.