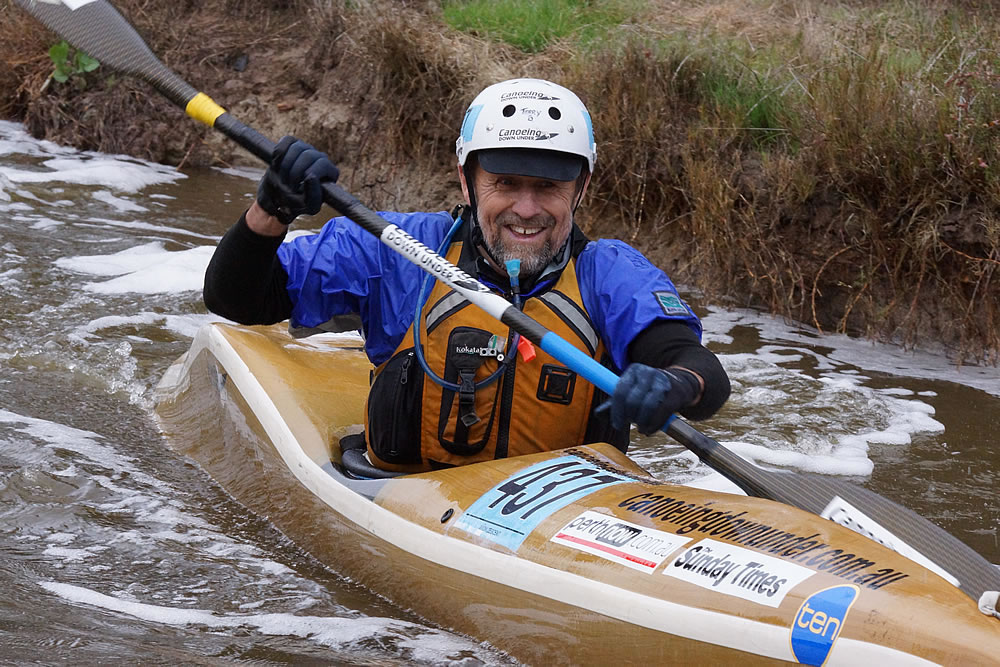 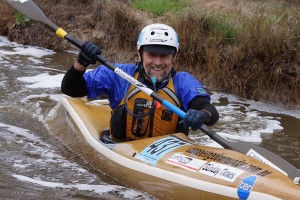 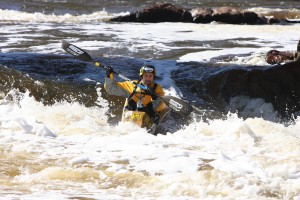 or another by legendary competitor Terry Bolland.

For Terry, the event is as much an opportunity for adventure as it is an

In fact, he has created a number of his own personal versions of the event.

Not satisfied with a mere descent, he once paddled up the river to Northam

and then did the race.

In true ironman style, Terry also ran all the way to Northam and paddled

back in a C1. But his most impressive ‘alternative Avon’ was to start where

the river rises. It took him three days to walk and paddle to Northam then

paired with Steve Pilton to take second place. The following year he was

More importantly Terry has trained hundreds of paddlers in flat and

Bolland would know where he was going. “I couldn’t help but smile when I led

Terry has only pulled out of one Avon Descent. That was 2010 when the water

was particularly low. His doubles partner Alaine still laughs about the

moment Terry, pulling the kayak through shallow water, dropped into a deep

hole up to his neck.

Remarkably, he has only capsized once too and that was in the first half of

the valley on a rapid called Razorback, one of many sections  mapped and

named by Terry in the early days of the event. “I climbed back in as quickly

as I could and hoped nobody had spotted me.”

But on the serious side, Terry considers it important that paddlers have

section’ ahead of their first time in the race if water levels permit. The

more skilled you are, the easier and safer it is.

once, racing or paddling it more socially, it’s a great event. He rates it

one of the best in the world. “But be careful, if you are a serious paddler

don’t over train and if you are a novice and just having a go, 2-3 training

sessions a week will be enough to get you to the finish. Treat the

experience as a challenge and just enjoy it,” he said.

Many Avon Descenters owe their interest, skills and success in the race to

Terry Bolland. Let’s hope he continues to get as much out of it as they do.