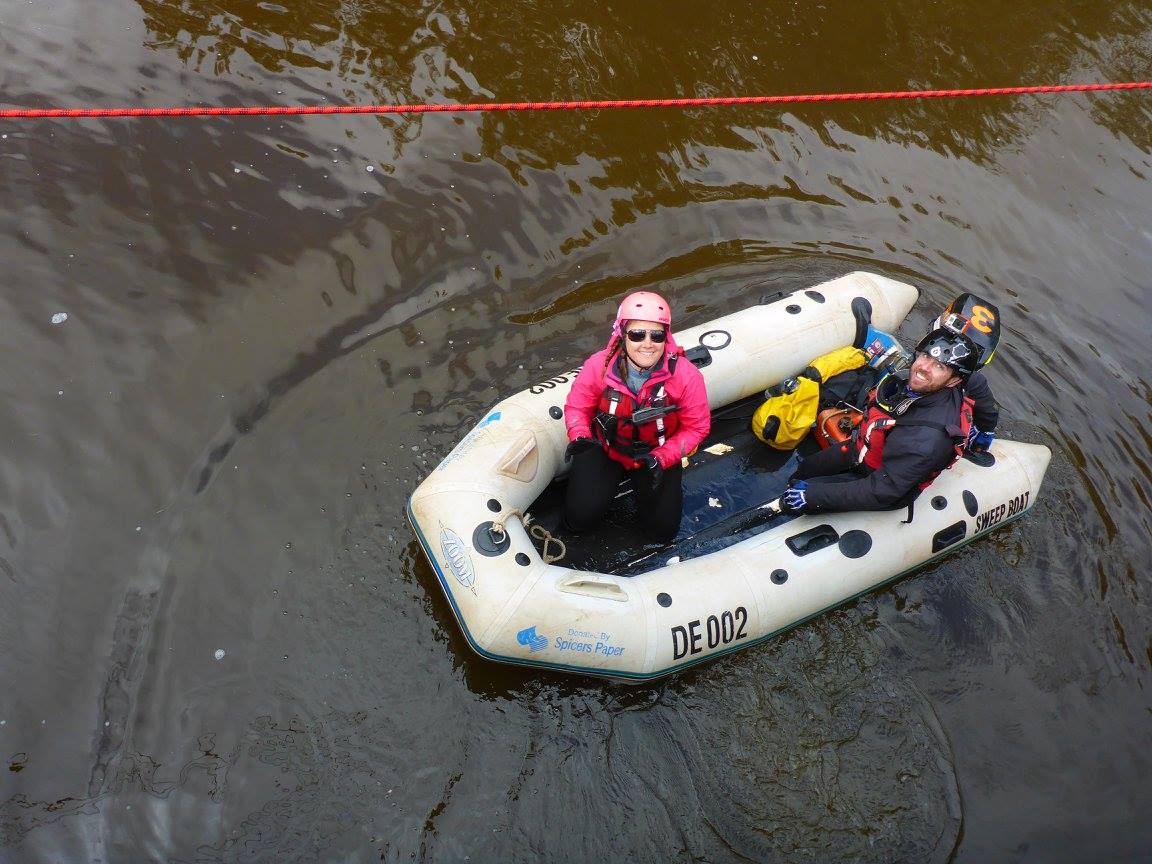 Alyce Atkinson’s Adventures with the ADSU

While many competitors are eager to get into the Avon Descent, a special group of dedicated volunteers has been training to make the event run as smoothly as possible.  The Avon Descent Support Unit (ADSU) share their love of the Avon Descent while learning new skills. They are involved with the safety and recovery aspects of the competitors, their support crew and the general public, and is always eager to embrace a new member.

Alyce Atkinson joined the ADSU in 2011 and is currently the secretary. Prior to this, she experienced the Avon Descent as a member of the support crew for her friends. It became a stronger part of her life as a work colleague recognised Alyce’s passion and suggested she joined the ADSU. As she jumped into the chance of pursuing something she loved, Alyce had no idea just how much the volunteer role would eventually mean to her.

Alyce may have a stronger connection to the ADSU than most as it was here that she met her husband Morgan Atkinson. The two met just after Morgan joined the ADSU with his 4×4 club. There was an immediate spark and the two started dating soon after. Just a year later, they were at the Valley Run – an event that takes place a week before the Avon Descent to make sure everyone is prepared for the race – when they returned to the spot where they met. The two were reminiscing about their year together, and Morgan proposed.

“It was very special and what made it even better is we were able to celebrate with our friends right away! That spot will always hold a special place in my heart, not only because of my husband, but as I continuously mention, my closest friends have been a part of the group or still are,” she says.

The ADSU is linked with Act-Belong-Commit, which is an organisation that highlights the importance of mental health and the sense of community.  This is evident in Many volunteers are from all walks of life and can be from as far away as Kalgoorlie. However, they all share a love of the outdoors and come together to make the Avon Descent as special for the competitors as it is to them. Throughout their training sessions, bonds have formed between the volunteers. Alyce has been fortunate enough to attend ADSU members weddings, baby showers, and birthday parties.

The bonds are formed through camping weekends, social nights, land-based theory training, and when there is water in the river, in-water training. However, if curious volunteers aren’t able to make all the events, there is still lots to do with their land-based, communications and recovery teams.

“If you love camping, being outdoors, and being surrounded by great mates and spectacular views, come and be a part of the ADSU. There’s a role for everyone,” she says.

There are multiple sub-teams in the ADSU, so volunteers can find the right fit for them. Alyce started out as a rescue swimmer and is currently in the sweeps boat crew. Morgan, on the other hand, is in recovery as he would not be caught dead in the freezing cold water.

Outside of the Avon Descent, Alyce works in the public sector. She loves spending time with Morgan and their two dogs: a Border Collie and an Australian Shepherd. They love camping and being near the water, whether it be the beach or the river.

If you want to Take the Plunge and want to be a part of the Avon Descent Support Unit, please submit your interest through ADSU section of the contact list on the website at www.avondescent.com.au/contact

Alyce (in the pink) with her boat driver Steve Crouch

The ADSU during a training session