Les “Superman” Somers was a fierce and determined competitor over 40 years, competing in extreme sports with considerable success at not only regional but also state and national levels. After his tragic passing in June 2017, his friends decided to race Les’ Spirit Double Ski ‘Black Betty’ - distinctive black and yellow stripes, with which he had done a record 17 Avon Descents -  down the river at this year’s Avon Descent as a Tribute. Team ‘Superman’ will compete in what would have been Les’ 29th Avon Descent.  Have a look out for their support crew over the weekend, as they will be wearing a special blue hoodie designed to commemorate Les with a photo of him training for his 25th Avon Descent in 2010 on the back. Black Betty with the number 449 will start its last journey in a separate grid in memory of Les Somers.Les competed in his first Avon Descent on a single ski in 1978.Since 1978 Les has achieved the following places as a fierce competitor in the Avon Descent.1980 First on Single Ski1982 First on a Single Ski1995 Second on a Double Ski with Lois Somers1996 Second on a Double Ski with Lois Somers1998  Third on a Double Ski with Lois Somers2000  Third on a double Ski with Lois Somers2008  First on a Double Ski “over 55” with Boots Campbell2010  Second on a Double Ski with Greg Nott2012  Second on a Double Ski with Greg Nott2013  First on a Double Ski with Greg NottApart from his commitment and many successes as a competitor with the Avon Descent, Les was also a talented Rugby player, representing WA twice and he was also a dedicated to Surf Life Saving in both Trigg and Bunbury Clubs winning numerous club championships.In wave skiing, he was WA Champion in 1987 and came 4th at the National Open Men's Wave Ski Titles in 1987.In 1998 he competed in the gruelling 7 days Simpson Desert MTB race.  There were 42 starters, 6 finished and Les came in third, pushing himself to the limit in searing heat and endless sandhills.Additionally, in 2000 he featured in 'Surfing Life' as Australia’s Maddest Goatboaters, attempting a 27-foot wave at Gnaraloo!!Les Somers competed in 4 marathons and numerous half marathon Iron Man Titles, placing 3rd twice at State level and won Iron Man at Trigg SLSC in 1967 and 1968 and won Iron Man at Bunbury SLSC in  1980 and 1981.Carolyn Nankervis 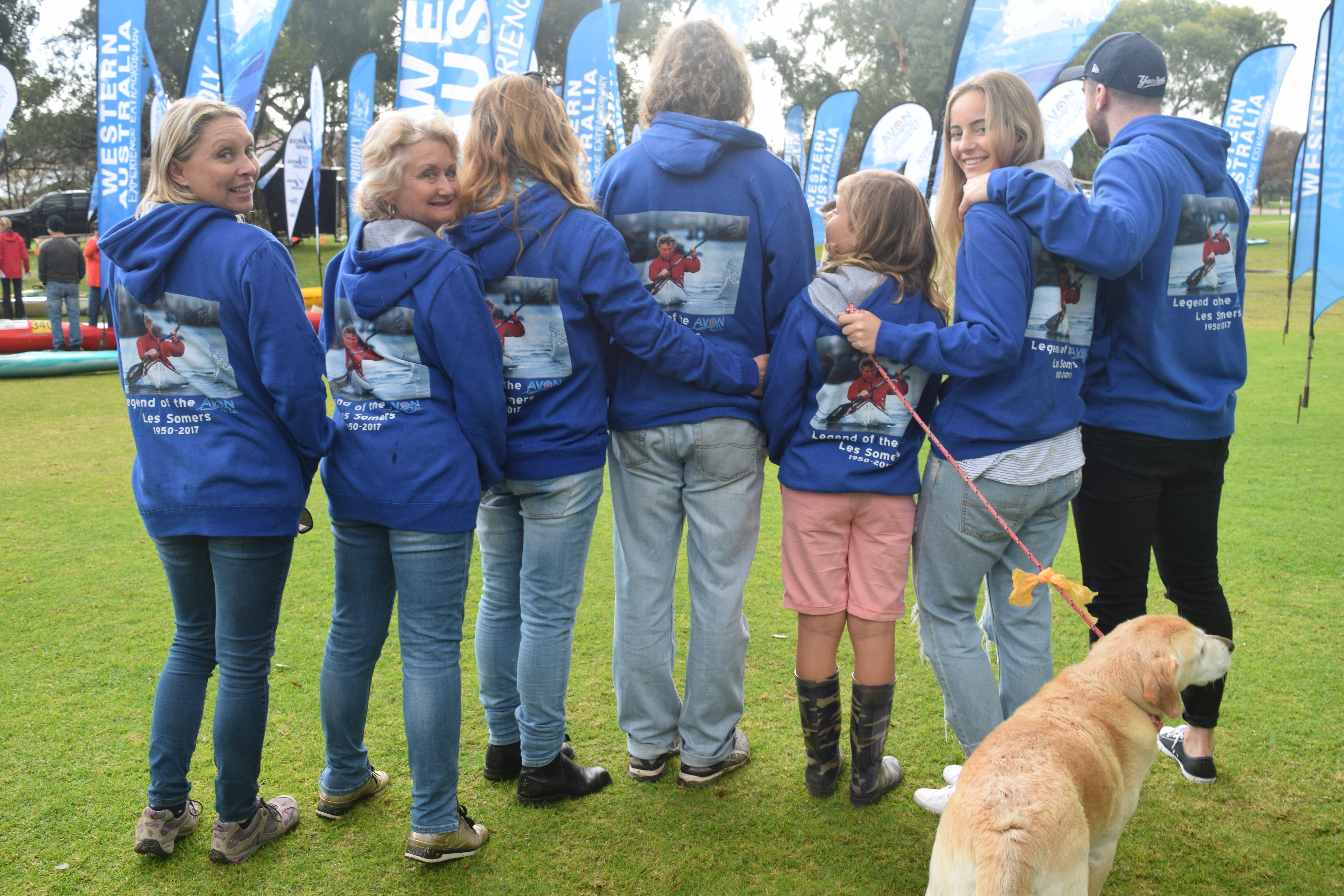