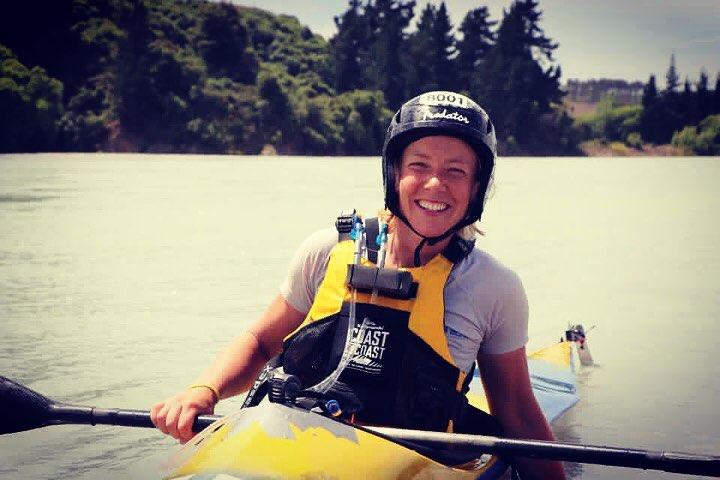 Kat Bulk and the Avon Descent: The Next Big Adventure

Have you ever wondered how much athletes train? How you could train to compete in events like the Avon Descent? Every year, thousands of people get involved in the annual race. Competitors, support crew, families, volunteers, the Avon Descent Management team, the Avon Descent Board…there are a few who are involved in making the legendary event happen. What often goes unrecognised and perhaps even unnoticed, is how much competitors train. There is a sense of mystery around it, especially when you aren’t exposed to that lifestyle firsthand, through family and friends.

One would read about athletes, wonder how they could train so hard; something we may not be able to fathom because of the muscle aches and pains, the mental strength and discipline that would be required. Just thinking about it is exhausting.

But for these individuals, it is something they love and that is evident in Kat Bulk.

Kat Bulk is an Avon Descent first time competitor and also a masochist. At least, that is what she calls herself. She doesn’t mind working really hard, putting in the effort and learning from her mistakes and misadventures. She loves hurting. Her favourite part of racing is taking pleasure from pushing her limits to see how much further she can go. This in turn led her to become the strong and disciplined athlete she is now.

Mountain running was Kat’s first chosen sport and would eventually become a part of Kat’s multisport career when she entered the Kathmandu Coast to Coast for the first time.

Kat first heard about the Avon Descent from the legendary John Carroll when they met while training for Kathmandu Coast to Coast – a 234km of running, kayaking and cycling from the west coast to the east coast of New Zealand’s South Island. During long trips to the Waimakariri River, John delighted everyone with “colourful stories of mythical proportions about the Avon Descent”. Kat fondly remembers being “fascinated by the idea of having a crack at a river race that is so different” from what they have in Queenstown.

Kat’s first Kathmandu Coast to Coast competition tested her physically and mentally – proving that anyone can Take the Plunge. Every aspect of paddling was challenging: the technique, the skills, the speed, the courage.

“The first year I completed, I had very little paddling experience and almost zero paddle fitness…it would be fair to say that I was totally underprepared and very green. I had moments where I thought that maybe I had died and that Hell was this endless exhausting paddle down the Waimakariri River.”

After that race, Kat took a few months before she tried paddling again and she worked really hard when she did. “Little by little, I got fit and I got some skills and now I LOVE to paddle. I reckon that hard work and having to stick at something that I sucked at for the longest time has been one of the more valuable (let alone character building) life lessons.”

Physical and mental strength are both extremely important in competitions (and anything in life) and when combined, you will be unstoppable. I asked Kat for some words of wisdom: the big hairy audacious goals are the best, consistency, observing what my sporting friends and heroes do and trying it out for yourself to see if it works for you.

Preparing for the 2019 Avon Descent has not been greatly different from Kat’s usual training. She is more paddle focused and she is on more white water. “Specificity of training for what you are aiming for cannot be beaten,” advised Kat.

“I have met the most incredible athletes and the sporting community that I get to train with is so much fun– being surrounded with inspiration and always having to push myself to keep up is invaluable for training gains. I am learning to value the journey and the experience over the outcomes and to find enjoyment even when a race or a training session is disastrous. The most important thing: that being a good human is always more important than being the best athlete.”

In more recent years, as Kat’s experiences and knowledge have grown, she has shared her experience and knowledge with others getting into the sport. If you are just starting out or are struggling to reach the next level, Kat’s advise: join a club, get involved, ask for help – have to be brave, get a coach, enter events, volunteer at events, be the support crew and “do the Mahi – get the results.”

The Avon Descent is in less than two weeks. “I have poured a lot of time into paddle training and upskilling, so I am excited about the challenges and the unknown about this opportunity,” Kat said. She is also excited about summer, daylight saving and the Kathmandu Coast to Coast 2020.

Courage, tenacity, humility are words Kat used to describe how she has grown as an athlete, as a person through her experiences and the lessons through the years. Yet, she still thinks she is “pretty ordinary” even with all her accomplishments, experiences and knowledge she has gained all these years.

“Only those who risk going too far can possibly find out how far one can go”.  – T.S. Elliot

There is still time to get involved and compete – Take the Plunge now! 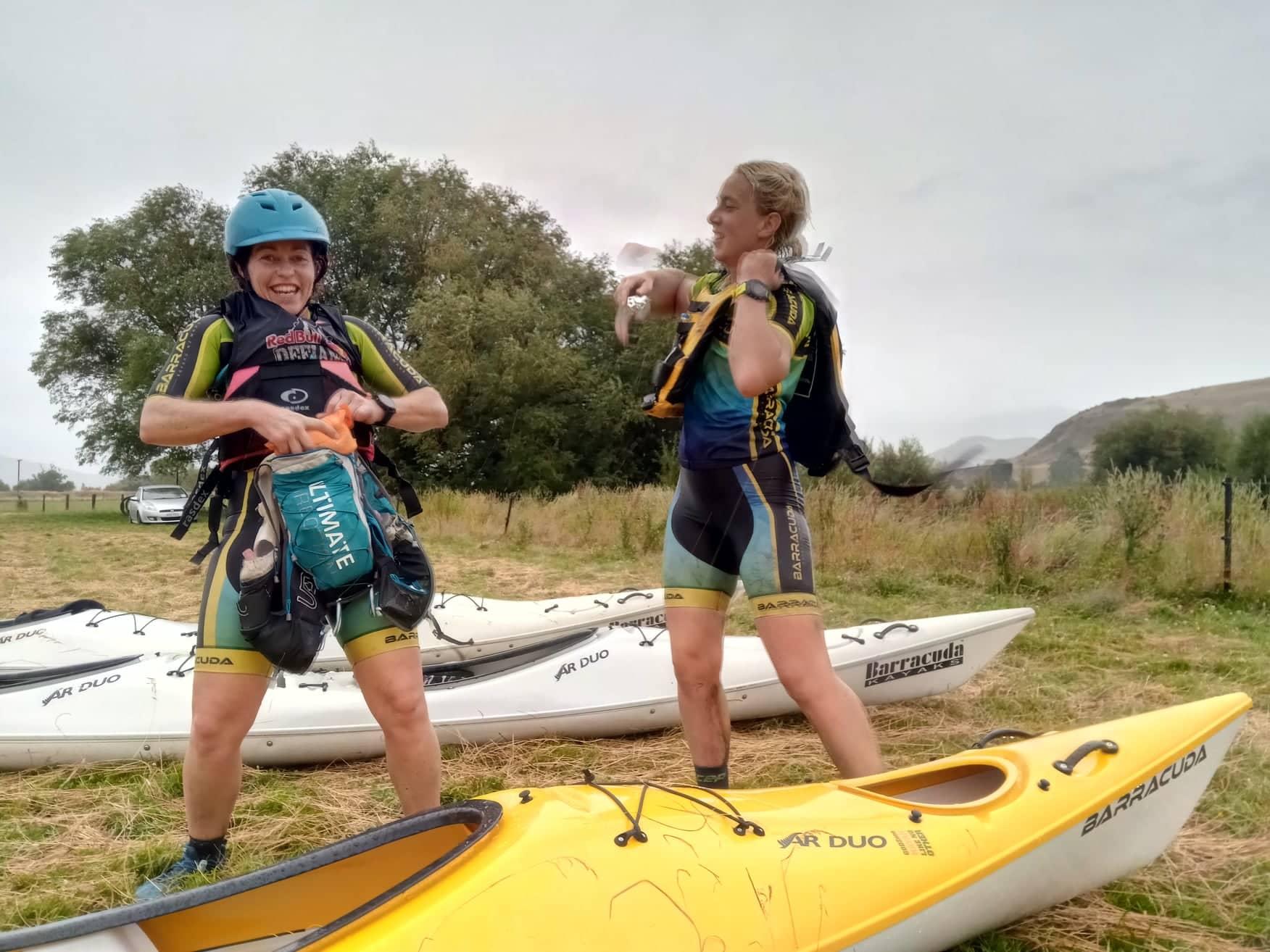 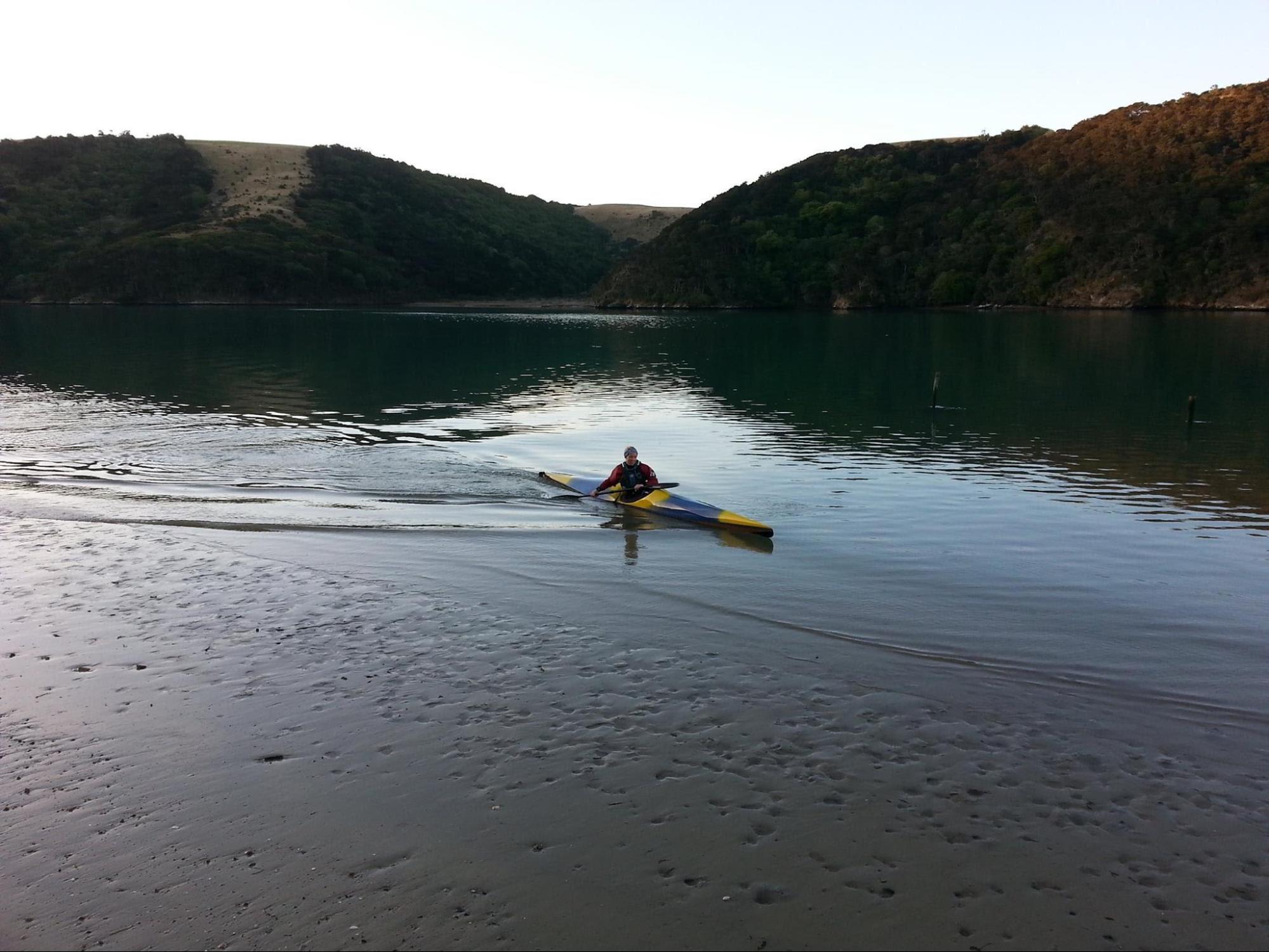