The Fenn's - A story of a special father- daughter bond and 40 Avon Descents!

Powerboating is all about the team- effort. You need to find a partner in crime that you can, not only trust but especially rely on in every situation. Who would be a better crew member than your own father?That’s what medical scientist Mahony Fenn from Wattle Grove thought as well. Even though they may have busy lives, the 36 – year old and her father Peter have been able to bond over power boats ever since she was a teenager. “I have watched my Dad race ever since I was born, and entered for myself as soon as I was able to, in 1998.”, Mahony remembers.Her father, Peter Fenn, is a 67- year old semi-retiree, who has competed in the first Avon Descent in 1973 in the kayaking division, but quickly realised that powerboats were a better option for him. As Peter will be competing for the fortieth time this year, he will only be the second person in the history of the Avon Descent to ever achieve this number of races.Mahony grew up with powerboats and started competing with her father, once she turned 18. Since then, they have raced in the Avon Descent together fifteen times.Powerboats bring the two together in more ways than just competing, as they build a new craft every three years. “It is nice quality time”, Mahony says and Peter adds “It’s a really great way to spend time with your daughter”.In 2016, the “Just in Scales” - team raced in the 10hp Standard category and came in as position 13.The father- daughter team is looking forward to another great year and would not want to miss an opportunity to race down the Avon and Swan River. Ever since her first Avon Descent, Mahony only missed one race and was not delighted – “I didn't enjoy sitting on the river bank watching in 2013 while I was pregnant with my daughter, but I was straight back in the next year.”Peter has two other children; Michael, who works with him as a scheduler in his weighing scales business and Andrew, who has pursued religious life as a monk.“It’s quite interesting to have a monk as a son,” says Peter as he tells stories of going out with his son in religious attire. While neither of the sons has followed their father’s and sister’s passion with powerboats, they are very supportive of their family’s interest. 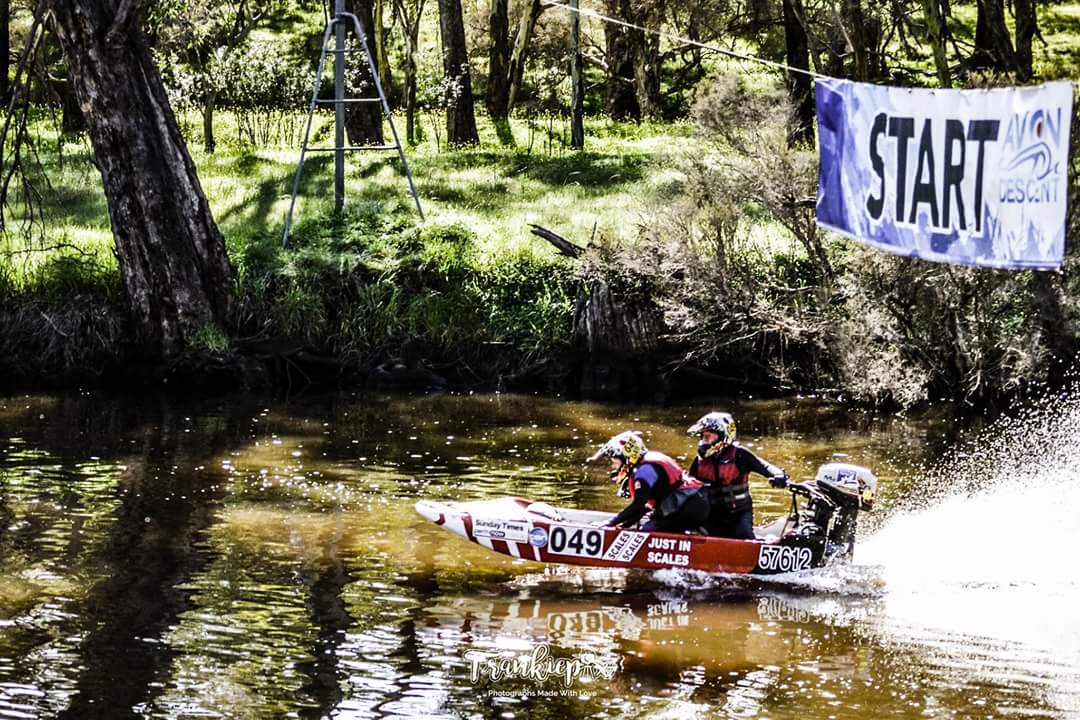