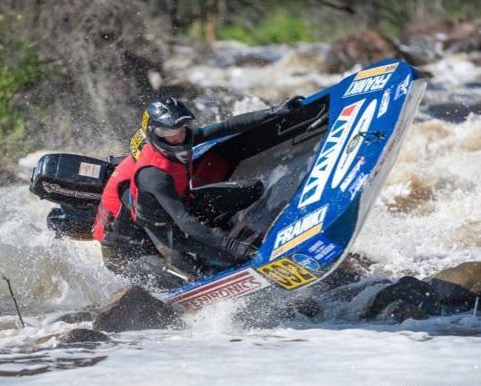 Dave McConkey • Taking the Plunge, no matter what!

Tell us a little bit about yourself?
My name is David McConkey I am the commodore of the Power dinghy racing club of Western Australia and have been for the past two years. I love power dinghy racing and hanging out with friends on and of the water.

How many Avon Descent’s have you competed in?
My first Avon was in 2006 and it was one of the lowest on record. I competed in the 8hp standard class which unfortunately did not complete day one due mechanical issues and no water. I haven’t missed one since no matter the water level.

What makes you want to compete in the Avon Descent?
Before I started in 2006 I had always seen it on TV and thought it would be good to give it a go one day. It wasn’t until I was living with a mate who was storing some boats for a friend of his in his shed that I then became involved as a support crew for 2 years and then became his decky. Since then it has always been a battle against the river not so much as a race against mates that’s just a bonus.

What would you say to someone who’s thinking about Taking the Plunge and entering the Avon Descent?
If anyone was thinking of Taking the Plunge I would highly recommend giving it a go as if you do you will be hooked for life. It is very easy to get involved as we are only based in Burswood in front of the casino and race every month of the year on various rivers and locations. I have always loved a challenge especially if it’s outdoors even better when its in a Power boat on the Avon river and racing my mates.

What’s a fun fact about yourself?
I have been a driver now for 7 years and have my brother Chris Denholm in the front for me for the last 5 years we have had a great time so far and look forward to many more. Also to mention one of the best crashes I have ever had at Syds rapid.