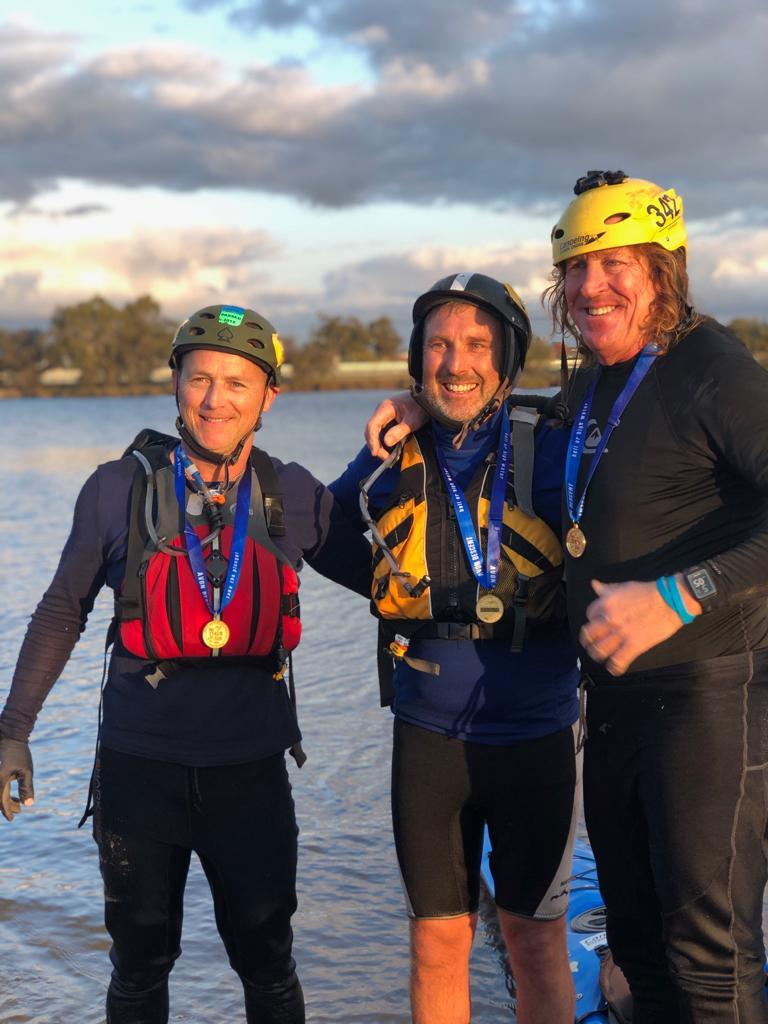 After the Race – Craig’s Take

It has been a few days shy of a month since the 2019 Avon Descent wrapped up and hopefully our athletes have had a good and well deserved rest after the race. The weather forecasts were promising just before the competition and excitement brewed each day that rain was pouring.

Our Mental Health Ambassador Craig Whittome reflected on this year’s conditions compared to his previous years of racing: “This year was physically much harder than last year with the low water levels. In fact it took me 1.5hrs longer than my 1st year in 2015.” Taking the Plunge again, Craig raced steadily from start to finish. Starting off strong on the first day, Craig felt like he found every rock possible to hit or scrape along on the second day. After a small crack in his ski, which he didn’t initially notice, and taking on quite a bit of water, Craig fortunately got his confidence back and had a good run.

Learning about this event has been a great experience for me and this year, we went to Bells Rapids to see the event first hand. Craig thought back to how that part of the race was for him, the low water levels being the main concern. “I managed to get down there without too many dramas – the usual scrapes half way down but otherwise happy with it. I was quite surprised actually as I’ve never paddled in low water like that before.” It seemed extremely tough to navigate the waters and rocks – a prime opportunity to learn something about yourself. For Craig, it was having to mentally fight his demons of self-doubt and believing he could make it to the end with low water levels; it was having to command his body to paddle longer each day compared to previous years; it was going through a myriad of emotions over the two racing days, remembering his brother, Gavin, who had been Craig’s support crew before his passing.

It was great to see athletes spearhead their way through the waters, the rocks and to keep control – great respect for these competitors as they thought quickly on their feet and was ready for what Mother Nature threw at them. A split second making all the difference and with a two day event, athletes gain so much personal growth! Craig grew as an athlete now knowing he can confidently paddle in low waters. One tip: keep your energy up. Bring lollies next year!

Mental health is a big part of everyone’s lives and it is good to check up on yourself from time to time. Be it through having a conversation with family, friends, a professional or a community that gets involved with fun things. This year Craig worked again with zero2hero, which is a fantastic organization doing brilliant work with teenagers and mental health.

“It meant a lot to me to work alongside zero2hero. It gives me a voice for my personal story with suicide that has devastated my family and for other adults out there to listen plus it brings up the conversation with the teenagers in our family and the wider community” Craig said.

A support crew is important for everyone – at home, at work, in sport, everywhere. Craig’s support crew is now made up of family and friends. The Avon Descent athletes are also a friendly and supportive bunch of people willing to lend a hand and give advice. The race is held every year so each year you grow that little bit. “My advice for anyone wanting to train for next year is start early; give yourself at least 6 months training. If you’re not sure about anything, ask lots of questions to the paddling community. Don’t ever think you can’t do it, whether its the 1st day or the whole course. Just have a go.”

After 9.5 hours of paddling on the second day and totalling 16.5 hours over the event’s two days, Craig finally crossed that finish line with a great sense of accomplishment. He is already training for his next challenge, the mountain biking event, Cape to Cape, not even a month after the Avon Descent’s wrap up: “I’m on the bike every second day and learning a whole new skill set. I’ve never done anything like this before so it will be interesting.” And after that? Just two weeks after Cape to Cape, Craig heads down south to compete in another event – the Augusta Challenge, where he will paddle, swim, run and bike in a team of four.

I have no doubt Craig will do well. 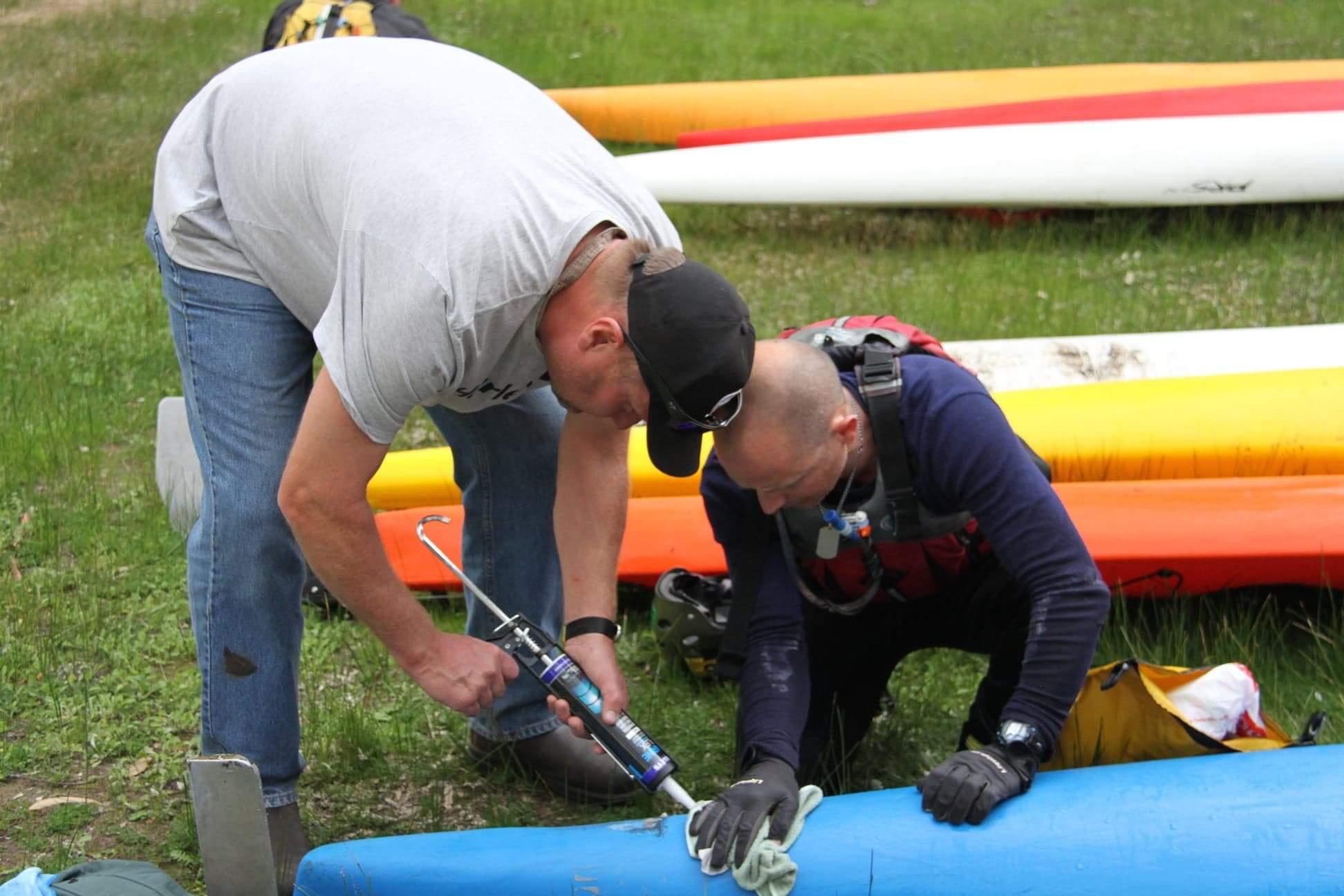 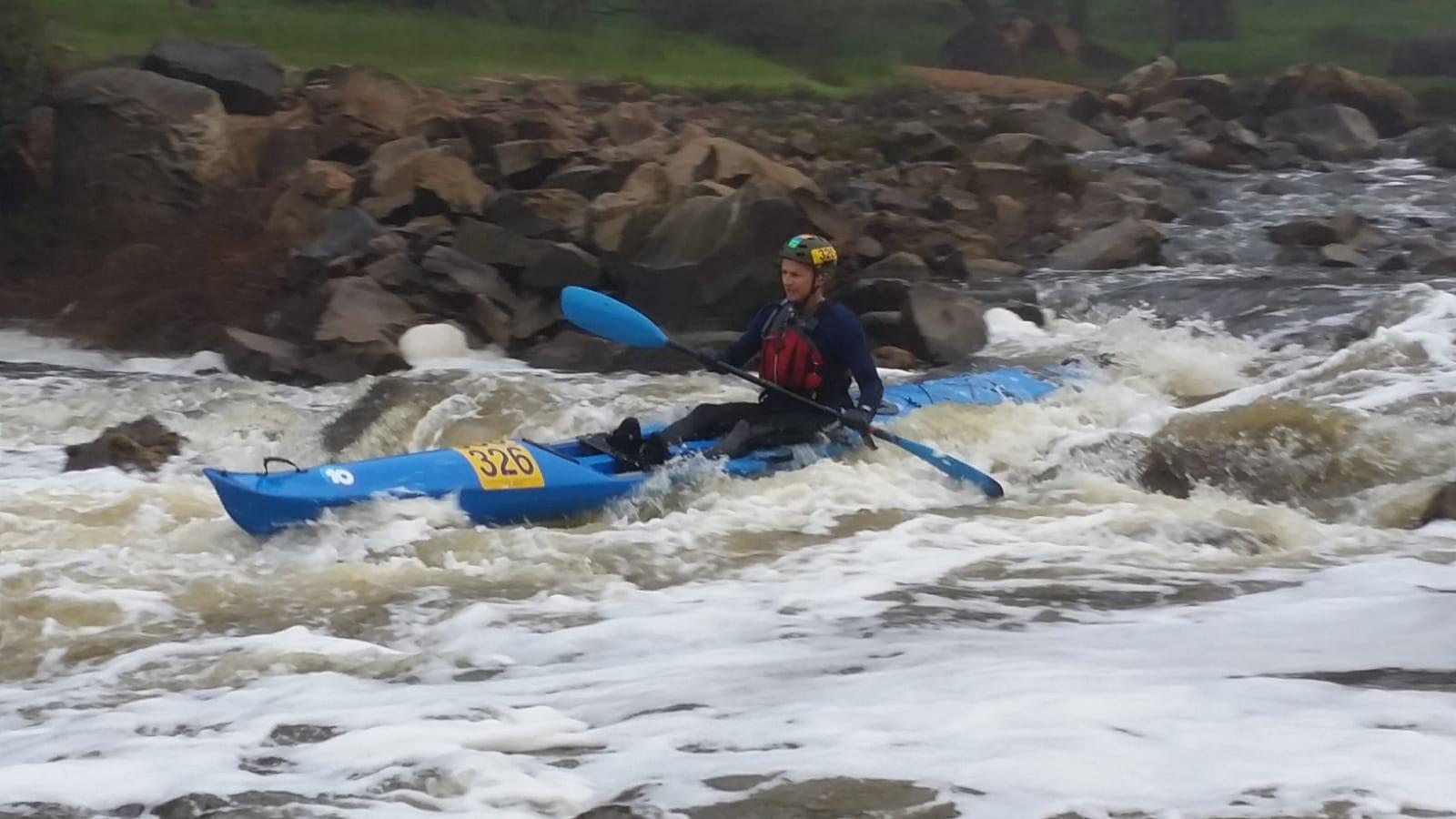 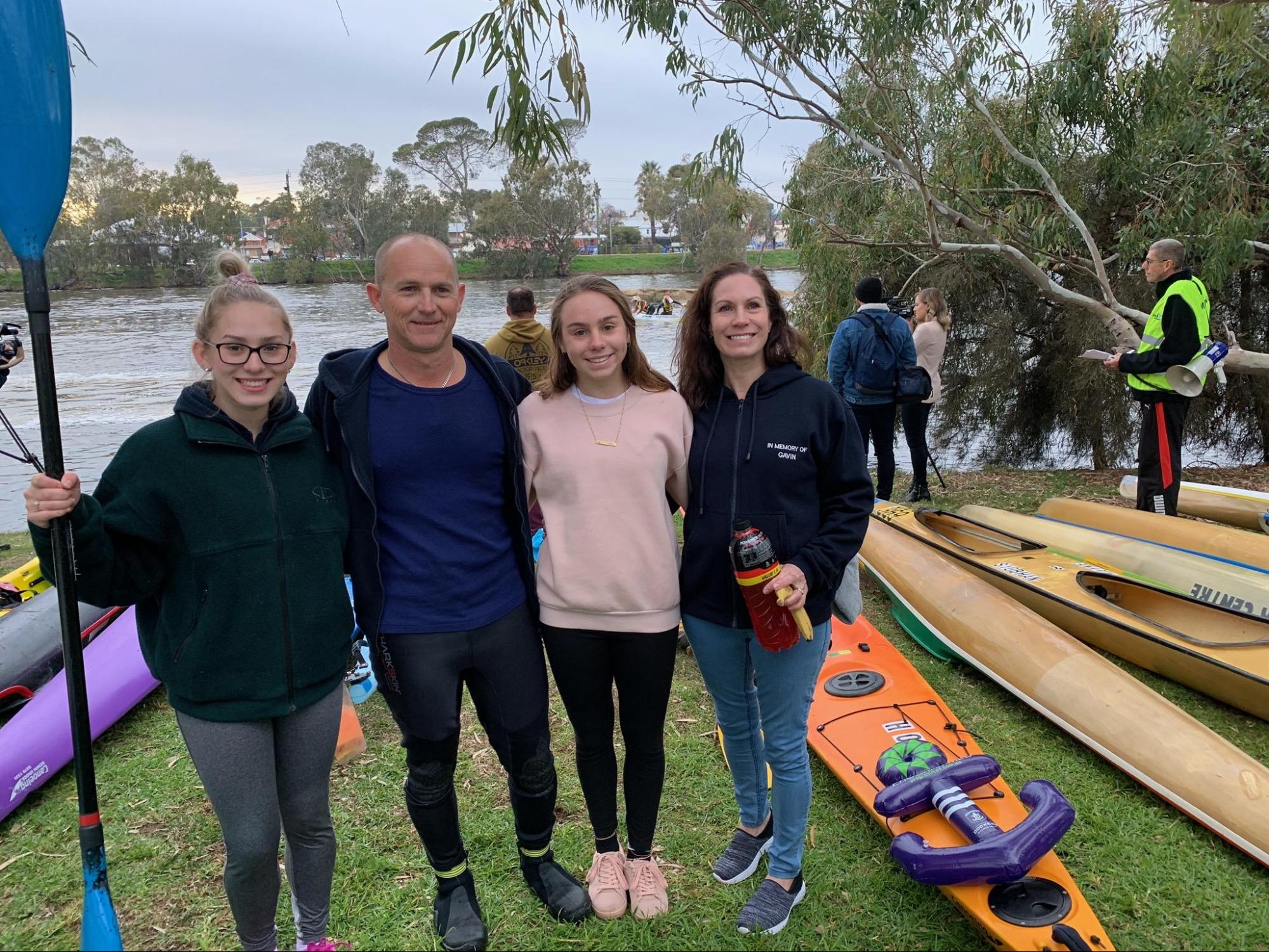 All photos sourced from Craig Whittome.